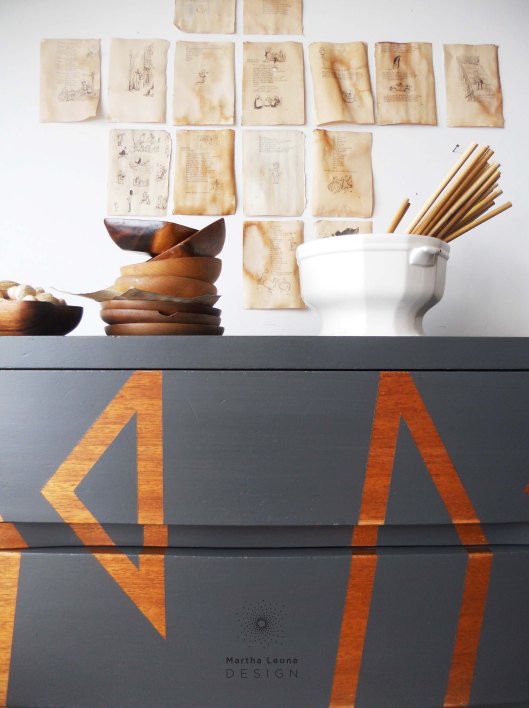 On a perfect day, design is easy, effective and beautiful. I wasn’t having a perfect day when I worked on this dresser. I knew what I wanted to accomplish but the idea went through at least four revisions before the paint brush was picked up.

After finishing the piece below, I thought it would be fun to use the shape to create a pattern for another dresser. Take a look at the evolution of this design:

1
The shape is rotated 180 degrees and copied till some of the lines intersect various corners.

2
The design is masked off.

3
The design feels a bit disjointed so the strong diagonal lines are extended to
close up some of the open spaces. 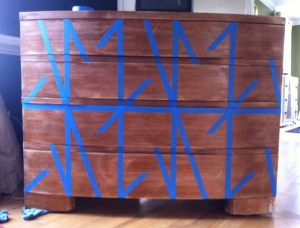 4
Still not working well but I wasn’t ready to scrap the whole idea. So I deleted the strong diagonal lines and connected other lines. Recognizable shapes began
to emerge.

5
Oh my goodness. Bad move. So I took a few lines away and added others.
Then took a few more away before painting.

Painted in Queenstown Gray by General Finishes and sealed with their topcoat in Flat.

This dresser is available at Peg Leg Vintage.

Follow me on Instagram as I share more pictures of how I paint and prep my furniture and get sneak peeks of my approach to styling these pieces for photoshoots. 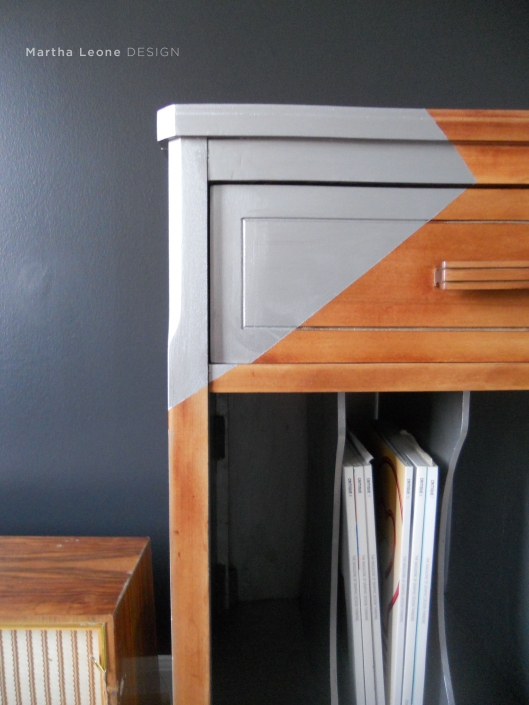 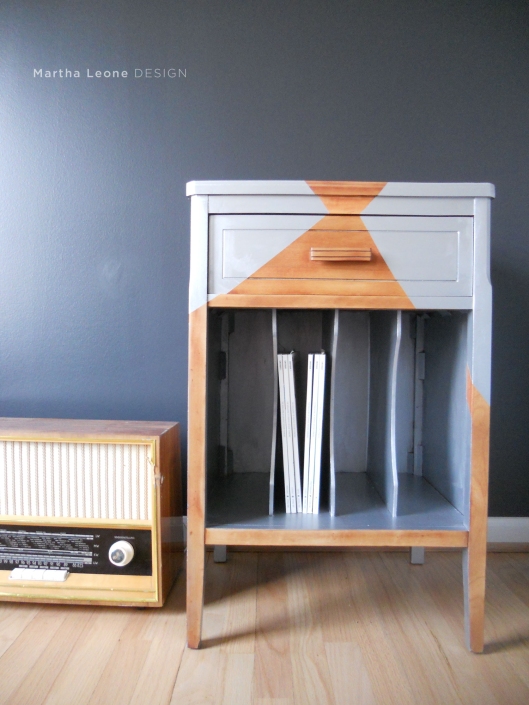 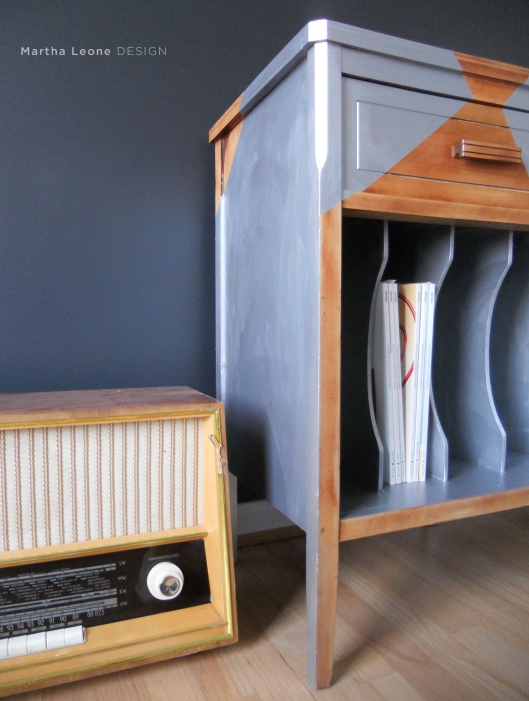 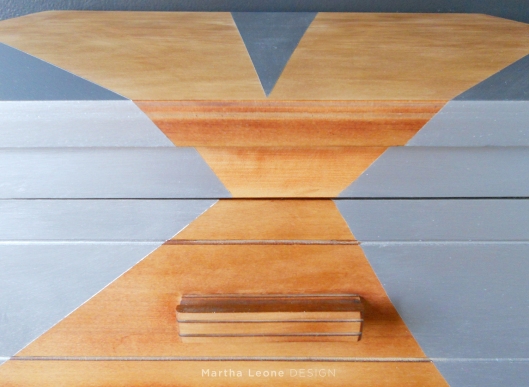 So the plan for this art deco record cabinet was a similar design as I’ve done for a few other pieces. It was going to be a combination of high gloss red and raw wood. But my red can of paint was nowhere to be found. As I was looking for it, I spotted my small container of Martha Stewart metallic silver paint which I used on a small part of another piece. All of sudden, it seemed fitting to paint a record cabinet in silver. So out with the red… in with the silver.

Process
-Sanded the exterior with orbital sander down to the raw wood/veneer.
-Taped off the design with Frog Tape.
-Painted several coats of silver till those areas were completely covered.
-Sealed with Minwax Wipe-On Polyurethane.

This piece is available at Peg Leg Vintage, a great new store that specializes in mid century furniture and accessories with industrial touches throughout the store.
9600 Baltimore Avenue, College Park, Maryland • 301-477-3423 • peglegvintage@gmail.com

Linking up to Miss Mustard Seed

Posted by martha at MarthaLeoneDesign.com | Filed under • Classic Style, Before and After

Do you ever have the urge to create something fresh, new, unexpected? I do… all of the time. Frankly, it’s something that happily plagues me as an artist. However, to design or create unconventional art just for the sake of it doesn’t seem like a good idea. Instead, concepts that make meaningful connections between two things tend to communicate stories that are worth pondering.

It’s that driving desire for the unconventional that drove me to paint this art deco piece. I spent some time reading on the history of waterfall dressers and then took a look at some of the two dimensional art of that same era. (History lesson below if you’re interested.)

An idea was born:  Emphasize the signature curved front edge of the dresser by “dropping” strong asymmetrical lines from top to bottom. The brown lines start on the horizontal top and fall down to the bottom of the vertical front. The brown lines mimic poster design of that same era as you can see below. 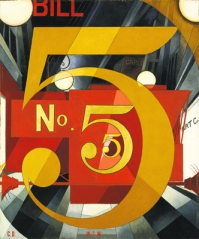 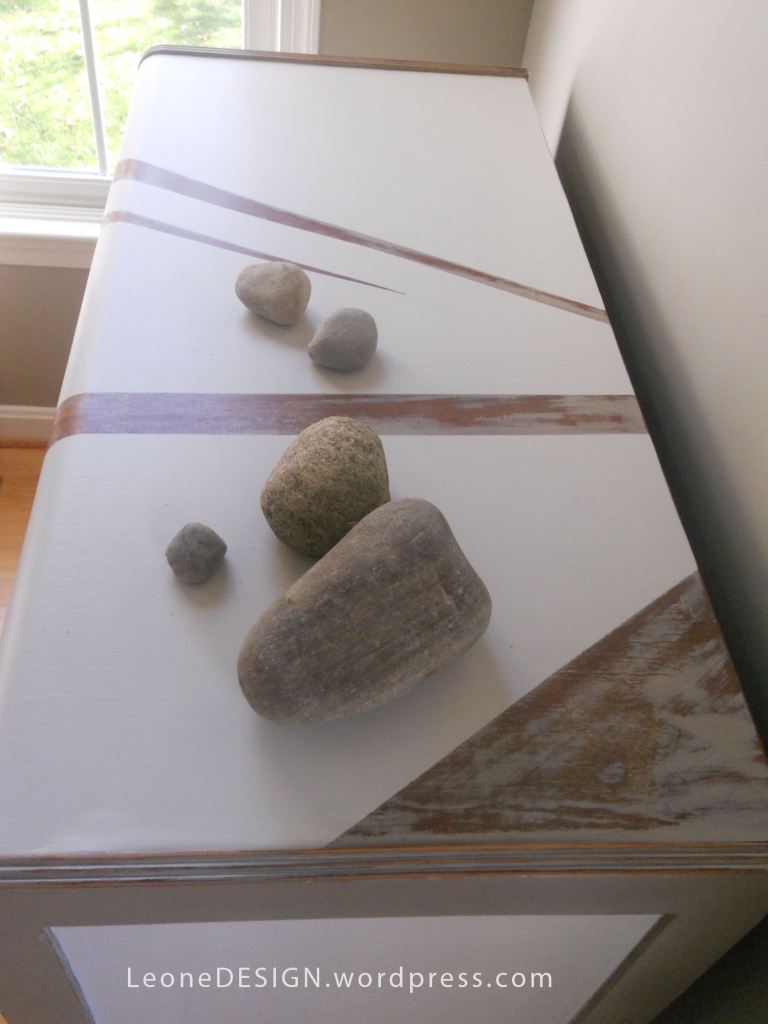 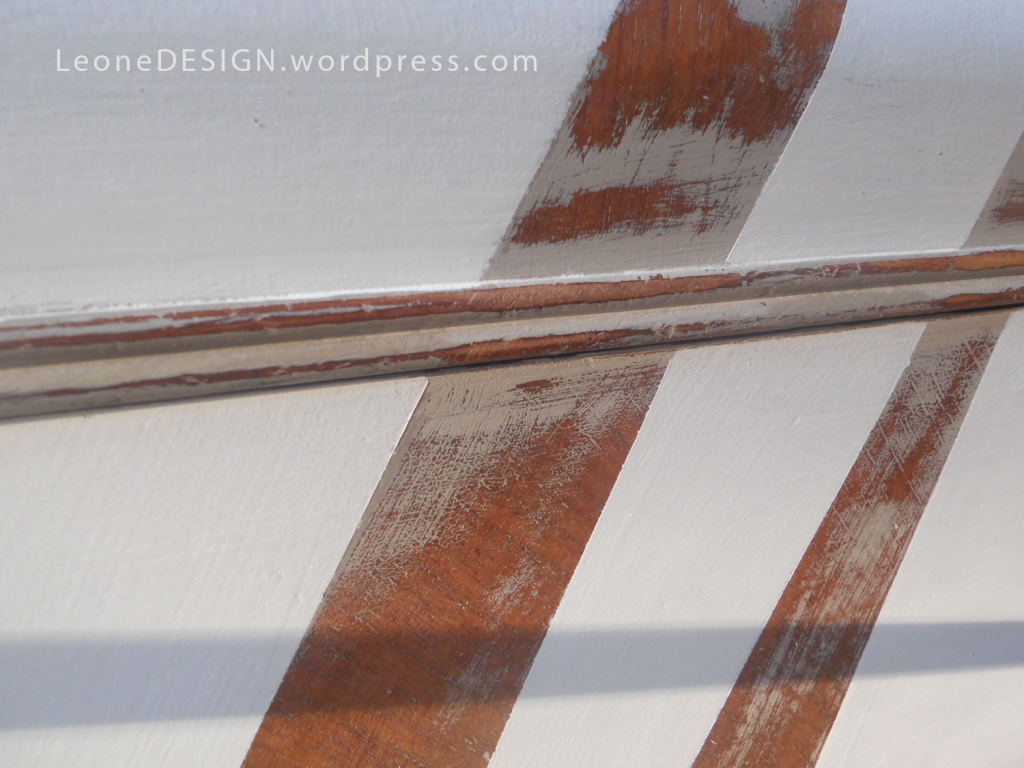 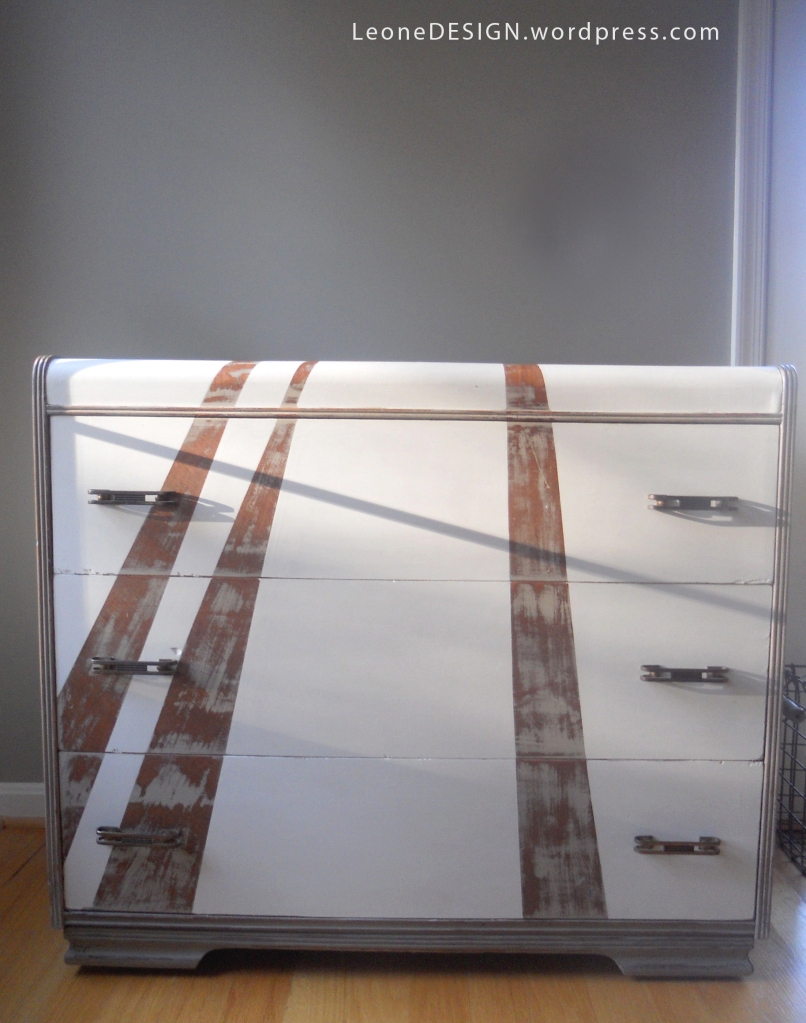 So, I’m wondering, what inspires you when brainstorming new ideas? How do you generate ideas? Do you sketch, sing a song, read a book, take a walk???

History lesson on waterfall dressers
This style of furniture was mass-produced from the 1920s through the 1940s. It was inexpensive furniture in its time. Generally, there is no “frame” — the molded plywood sides and tops are supported by edge moldings. Some is absolutely terrible, and a small amount is breathtaking. Things that look like Art Deco are classed as “modern”. Note that it is only in 1939 that sears calculated that there would be a mass market for “modern” furniture outside the bedroom. Source: http://www.jitterbuzz.com/indfur.html#what 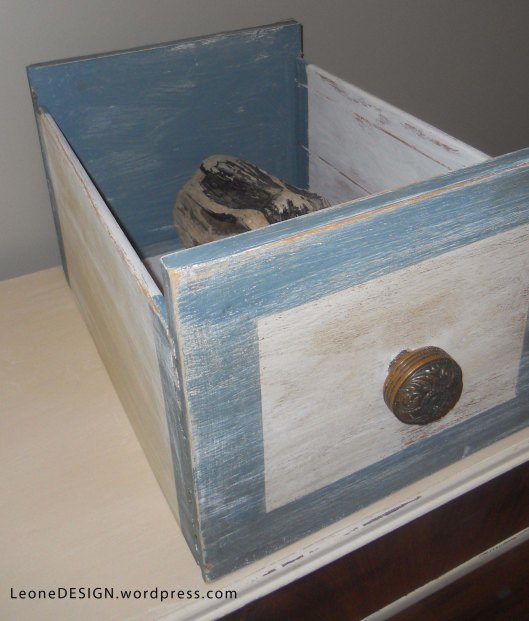 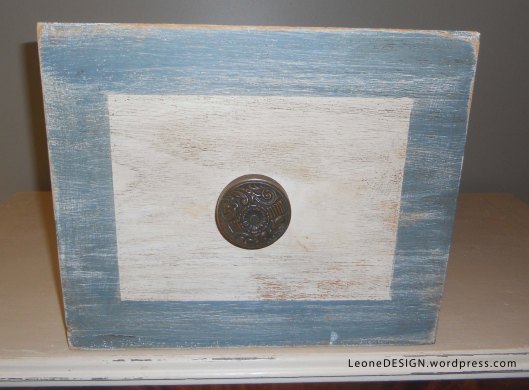 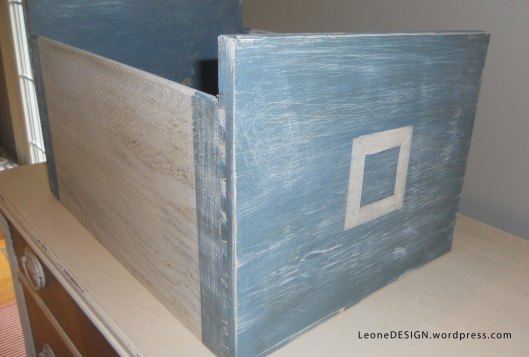 One day I was driving through a neighborhood and spotted a few desk drawers on the curb. I picked them up and made a couple of coffee table trays out of the shallow drawers and turned this one into another container. It’s inspired by the nautical alphabet.

Art Deco knob was found at a flea market a few years ago and finally found a home on this drawer. This piece is on consignment… wish I had better shots to share with you!

I used homemade chalk paint and put one coat on it. Sanded and distressed it to give it a worn beachy feel.

Linking up to these great parties: